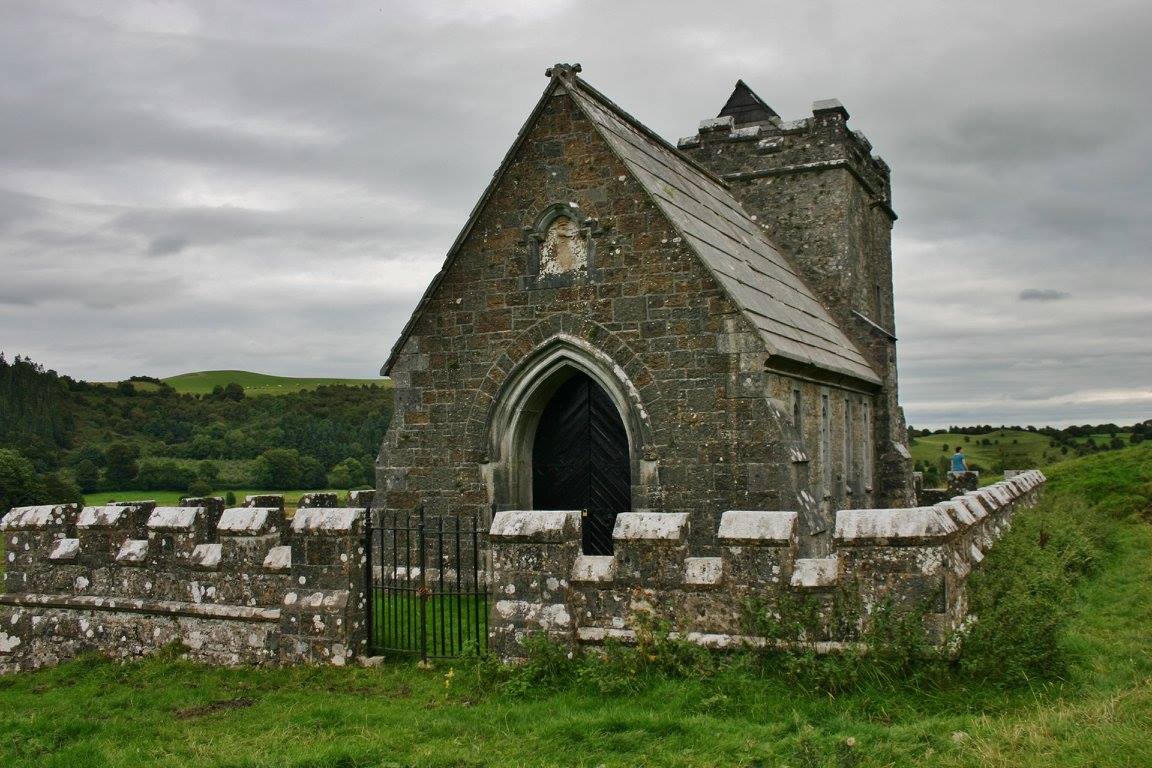 Near the village of Fore, about half an hour from Mullingar in County Westmeath, you can visit the spot where St Feichin founded the Fore Abbey monastery.

The priory was built around the cloister and courtyard. Three round-headed windows of the original chancel still stand. Unfortunately this part of the priory is now closed to the public, but you can tour the rest of the remains including the cloisters which still has some graceful re-erected arcading, shown right. During the 15th century a fortified tower was built at the western end of the priory, shown in the image above, and another tower to the south was used for residence. The defensive design of the tower is evident by the arrow slits and murderous layout of the gateway. The ruins of Fore Abbey are the largest remains of a Benedictine abbey in Ireland.

In the 13th century Hugh de Lacy the Norman Lord of Meath built a Bendictine priory at Fore. Many of the buildings that remain today are from the 15th century. This priory was dedicated to both St Féchín (Féichín) and St Taurin, the abbot of the parent monastery at Évreux, Normandy in France.

Here at Midland, we provide listings throughout a wide region, however, in Westmeath, we only have one tradesman and you can learn about him at Driveways Westmeath.

For other service areas, feel free to look at our local service listings to see other trade examples.

Midland Services provides a local listing and profile service for customers wanting to advertise or promote their business.

We list tradesmen throughout Ireland, UK and USA. From East to West, Coast to Coast, get your listing today.
JOIN US
info@midlandservices.co